Hi guys this time I made another AMV and I decided to tell you some of my inner symbolization and understandings of the fight itself.

On a first look it’s just a fight on hasty background music but for me it’s a lot more. First on the quality of the production is bad because it’s an old movie but in this case I like it because it’s like a symbol of our life. Our lifetime, the years passed and the internal and external fights made who we are now. So the noise in the movie, the old looking colors, the VHs stripes and some other movie unwanted artifacts are like our pain, our learned lessons, our faults, and our evolution. 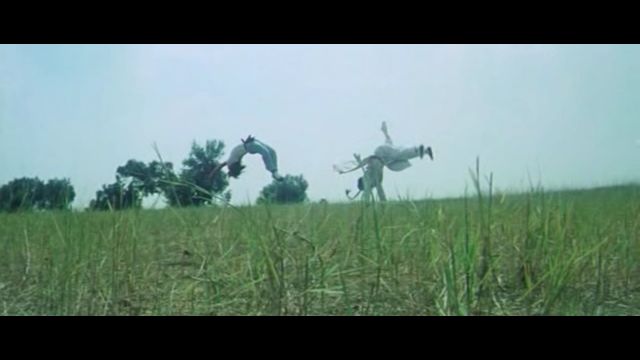 The place of the fight it’s like a mythical environment where not the strength of the fists themselves is important but the principles and our emotions behind them. Like the place itself it’s stopped in time and it’s a silent watcher of our fight.

The moment when the young martial artist is brushing his hand to clean his mouth of the spilled blood I made a small retrospection.

This is the time when we learned and fought for a true cause – to defend the beauty of our world, to learn to control our emotions and to give them a healthy shape.

This is a precious time of inner calm, appreciation of our surroundings and the reunion between two spirits (the teacher and I) under the same ideals, principles and feelings.

But in anger this peace is removed and replaced by hate, desire for revenge and destruction, it’s the moment when you forget yourself. 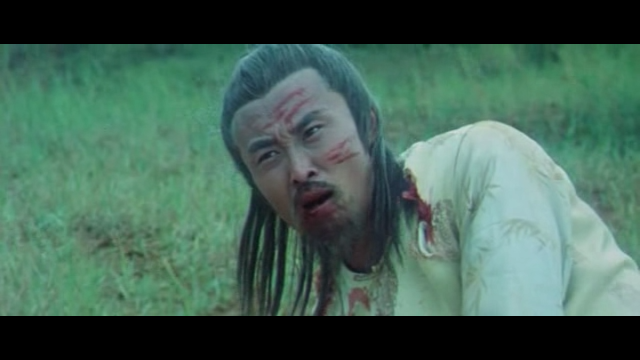 At this very moment you can destroy your guiding light and principles and cross the line. You can become a monster and in that way you will obliterate yourself from the path of the true warrior.

Fortunately everybody has the chance to come back to his senses sooner or later and remember that the love is stronger than the hate and the anger is another side of the passion – the will to defend the peace.

And at the end of this fight where the Sifu lies on the ground in pain, not so much because of his physical injuries but because of his lost student, you can see that the young martial artist remembered who he is and what he is fighting for and comes to his senses.

He said just “Sifu” and goes to help him to stand up while he is regretting for losing his temper and the calm of his spirit.

This fight is something like training for me on a physical and mental level.

At the end i will tell you some of the background story of the movie itself.

The Sifu is faulty blamed for the murder of the young martial artist father, so the last one has felt betrayed by his own master.

That’s the reason for his bloody fight against him.

In this fight and its final moments, the student uses some forbidden martial art techniques (learned by the white hair evil guy up there on the photo) to destroy the body of his opponent. And this is another symbol of how you betray your principles of light and peace for learning techniques that are used primary for evil causes.

There are a lot of fights in this movie but I choosed this one because it’s a lot more difficult for me to fight against my own principles and believes without crossing the line than to fight against an enemy that’s already on the side of hate, anger, revenge and strive for money and power.

The music track gives another dimension to the whole AMV. It’s made by Juno Reactor which is an experimental fusion band which uses a perfect mix of percussions, voices, female and shaman singing  and a lot more mystical ethno motives.

They made the Matrix soundtrack… so yeah i think that’s speaks enough for them.

Thank you for your attention and…